Yahoo's editors are committed to independently selecting wonderful products at great prices for you. We may receive a share from purchases made via links on this page. Pricing and availability are subject to change.
Rick Broida
18 January 2023, 5:07 pm·5-min read

Want to keep an eye on the inside of your house? How about the outside? Easy: Just install one or more Wi-Fi security cameras. Ah, but they're complicated and expensive, right? Not if you pick the $26 Wyze Cam OG, the latest model from the company that made quality cameras affordable. Now in its fourth iteration, the Wyze Cam offers a handful of changes and improvements, along with something I'd have thought impossible: a lower price. Just as important, it remains admirably easy to use. Here's my Wyze Cam OG review. 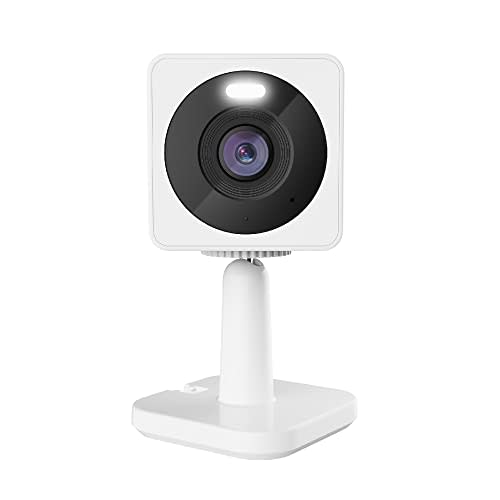 The latest Wyze Cam is super-affordable and one of the easiest security cameras to use. Just take note that you'll need a Cam Plus subscription to make the most of it. Fortunately, that's cheap too.
$26 at Amazon

Wyze Cam OG: A snap to set up

This is a wired camera, meaning you'll need to position it within six feet of an electrical outlet (or use an extension cord, natch). It's IP65-rated against rain and cold, so it should be able to withstand any bad weather — though keep in mind that if you're planning to put this outdoors, you'll need to make sure you have a decent Wi-Fi signal in that spot. (Hey, whattaya know, Wyze also makes a Wi-Fi mesh router that can help extend your network.)

If you've seen any previous Wyze Cam models, you'll note that the little accordion-style base is gone, having been replaced by a more traditional pedestal with a ball-joint mount. This makes the OG less adorable-looking but a bit more functional with regard to positioning. It stands very easily on flat surfaces but can also be screwed to a wall, post, tree or the like.

Wyze supplies a small but informative quick-start guide that should help you with basic mounting, as well as the software side of things, namely the Wyze app. You'll need that and a Wyze account; from there it's extremely easy to install the camera. I just plugged it in, then walked through a few simple steps in the app. (Make sure you have your Wi-Fi network password close at hand.)

The Wyze Cam OG does everything a security camera should, starting with a crisp 1080p video feed, remote live streaming, two-way audio, a microSD slot for local storage and pretty remarkable night vision, which it captures in color by taking advantage of a built-in LED spotlight. That spotlight can activate when nighttime motion is detected, as can a mini-siren — two tools that can potentially scare off intruders.

Out of the box, the OG offers both motion and sound detection (the latter including both smoke- and CO-alarm recognition). In fact, Wyze promises motion detection that's up to three times faster than on previous cameras. I'm here to tell you: promise kept. The moment I walk in front of the OG, I get a notification on my phone. With the others, there's usually a delay of at least a few seconds.

Unfortunately, in lowering the price of the Wyze Cam, Wyze also stripped a couple of features. For starters, there's no longer any cloud recording included, though that's not a big deal if you pop in a cheap microSD card. The real letdown is that unless you subscribe to Cam Plus (discussed below), the OG will capture only snapshots, not video. You can still watch a live, real-time feed, but actual recording requires Cam Plus.

Consequently, a subscription is all but essential, which is true of most home security cameras. And it does raise the feature ante considerably. In addition to unlimited video recording to the cloud, you get AI-powered detection options: person, package, pet and vehicle, all of which you can fine-tune to your liking. For example, if you have a dog, you probably don't want a motion-detection alert every time you let it out to pee. Busy street? Get notifications only when a car pulls into your driveway. Here's the full rundown on everything included with Cam Plus.

Wyze charges $2 per month for Cam Plus, or around $20 if you prepay annually. I think that's a very reasonable fee given what's included; many, if not most, security-cam subscriptions cost more. My only real complaint is that this is per camera; if you add more Wyze Cams to your home, they'll need their own subscriptions as well. The only price break comes with five or more cameras — you can pay $99 per year for Cam Plus Unlimited.

In my fairly brief (so far) tests of the Wyze Cam OG, I found that it performed extremely well. Video looked great both day and night, and as noted previously, motion notifications were virtually instantaneous. Wyze claims to have improved the microphone and speaker as well, and that appears to be true: I found I could actually hold a conversation through the camera, something that was always challenging with previous models (owing to audio lag).

Interestingly, Wyze offers another version of this camera called the Wyze Cam OG Telephoto, which employs a 3X telephoto lens in place of the wide-angle one included here. You can stack-mount the two of them (using an adapter that's sold separately), effectively providing both wide and close-up perspectives. The app even allows for picture-in-picture viewing to see these at the same time. (While we're on the subject, there's also the new Wyze Cam Pan v3, but that's a review for another day.)

Wyze Cam OG: Should you buy it?

For a mere $26, the Wyze Cam OG offers nearly everything a homeowner might need for indoor or outdoor security and monitoring. Yes, you should factor Cam Plus into the purchase price, but $2 per month is a small price to pay to keep an eye on your place. Indeed, Wyze continues to redefine affordable home security; I can enthusiastically recommend this camera.

The latest Wyze Cam is super-affordable and one of the easiest security cameras to use. Just take note that you'll need a Cam Plus subscription to make the most of it. Fortunately, that's cheap too.
$26 at Amazon