Yahoo's editors are committed to independently selecting wonderful products at great prices for you. We may receive a share from purchases made via links on this page. Pricing and availability are subject to change.
Kristine Solomon
22 November 2022, 9:35 am·11-min read

Black Friday 2022 is the biggest shopping day of the year, but this year, retailers have been rolling out the deals early, and some are as good as you'll see on Black Friday. They now call it "cyber week" for a reason, as the savings stretch all week (and even all month) as retailers strive to move inventory that they over-ordered over the past two years. So after your turkey and pie sessions, grab some time for early shopping.

Retailers are launching their "real" Black Friday deals earlier than ever. Here are some deals that will be as good as they get, and are worth ordering now vs. waiting until Black Friday or Cyber Monday. 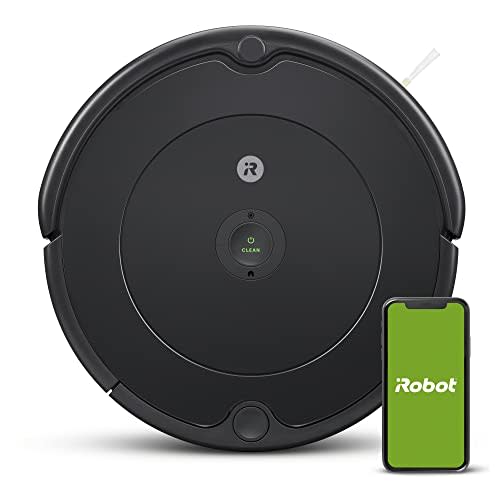 $179$274Save $95
This bestselling robovac is extra slim, so it can easily glide under your couch and dressers. It also has laser sensors to avoid getting stuck on carpets, bumping into walls or the dreaded falling down stairs.
$179 at Amazon 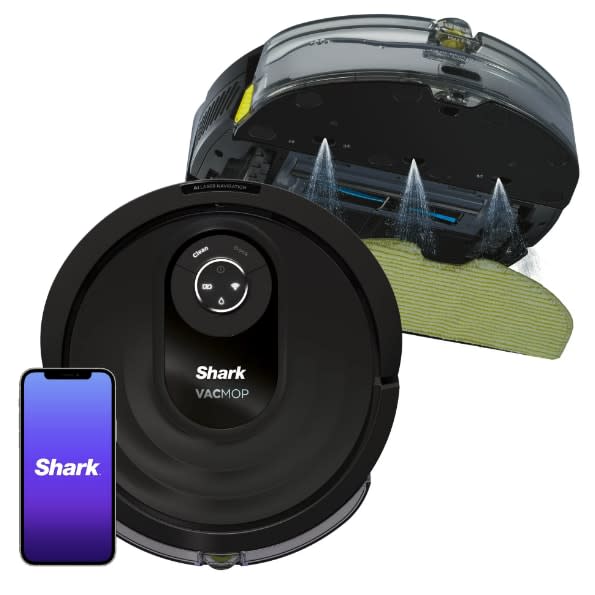 $188$480Save $292
Vacuum and mop at the same time with this incredible robot vac-mop. As it scrubs your hard surfaces, it will automatically avoid carpets and provide up to 100 rotations a minute with its microfiber pad.
$188 at Walmart 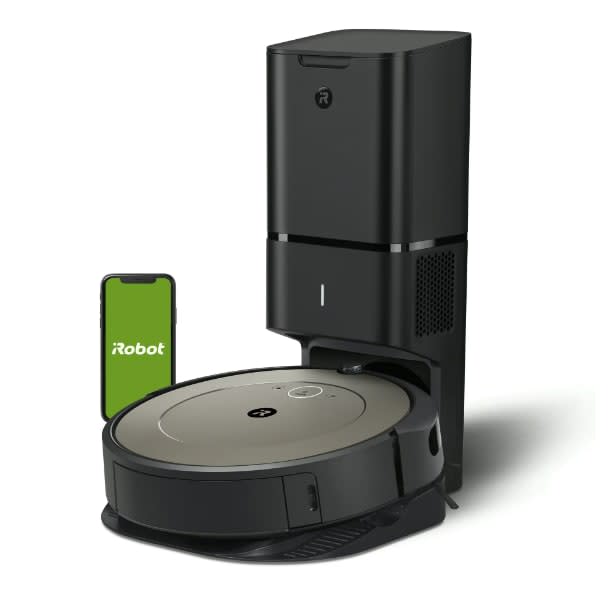 $288$530Save $242
This smart sucker heads back to its charging base and empties itself into the collection bin there and you don't have to check it for a whopping — get this — 60 days!
$288 at Walmart 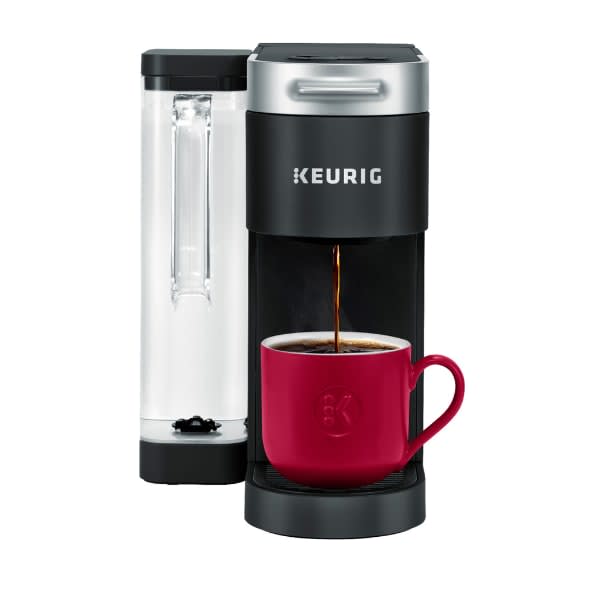 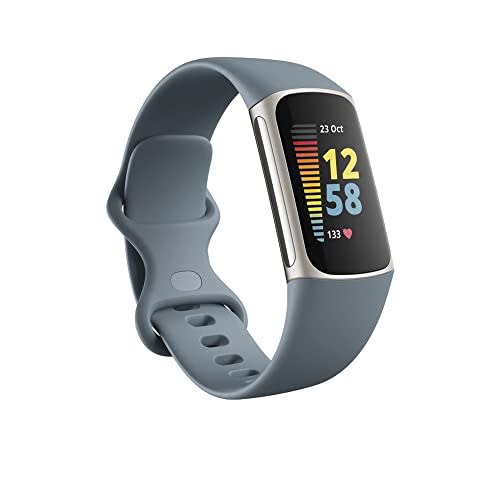 $100$150Save $50
This Fitbit is super easy to read, with a screen twice as bright as the previous iteration. A seven-day battery life allows you and this device to be constant companions, attached at the wrist.
$100 at Amazon 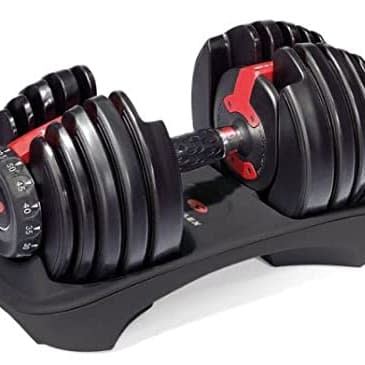 $215$275Save $60
This adjustable weight dumbbell gives you a massive range of 5 to 52.5 pounds, allowing you to do a lot with a little. A simple toggle system makes it easy to switch up the weights during your workout.
$215 at Amazon 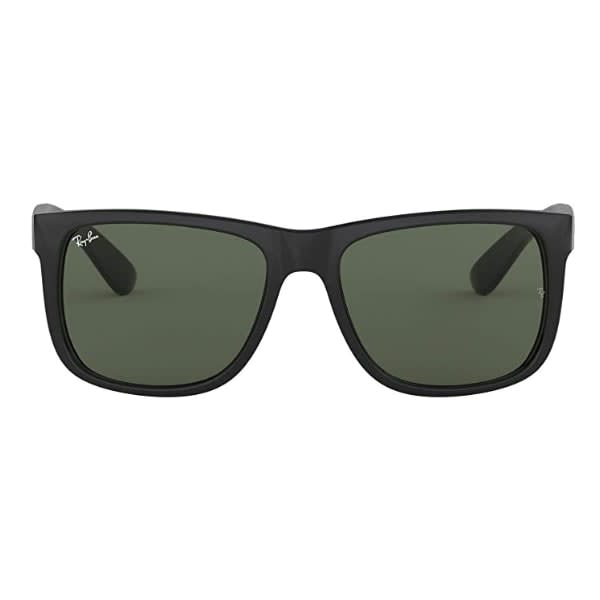 $94$140Save $46
These unisex sunglasses are inspired by Ray-Ban's iconic Wayfarer sunglasses but have a slightly larger frame.
$94 at Amazon 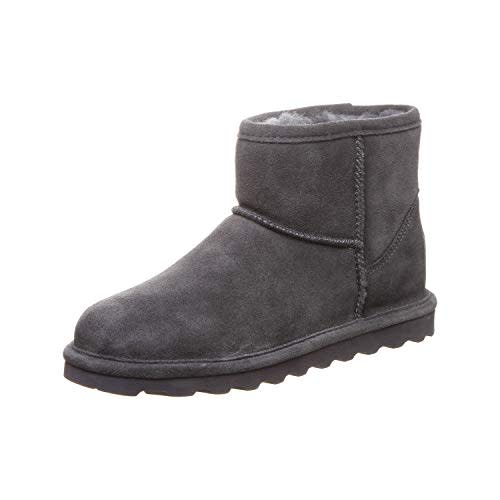 $56$70Save $14
Cozy, warm boots are so needed this time of year. This option from BearPaw is a hit with Amazon shoppers for its slipper-like feel.
$56 at Amazon 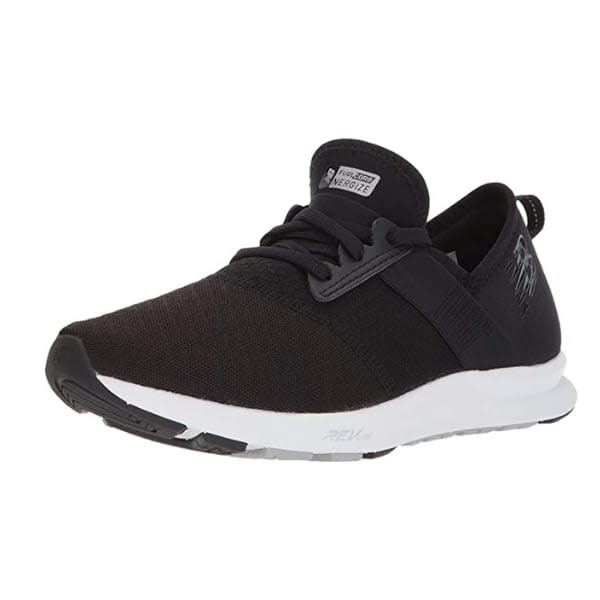 $40$65Save $25
These shoes have racked up more than 40,600 five-star reviews. They have a cushioned memory foam insert for extra padding on your feet, but they feel incredibly light.
$40 at Amazon 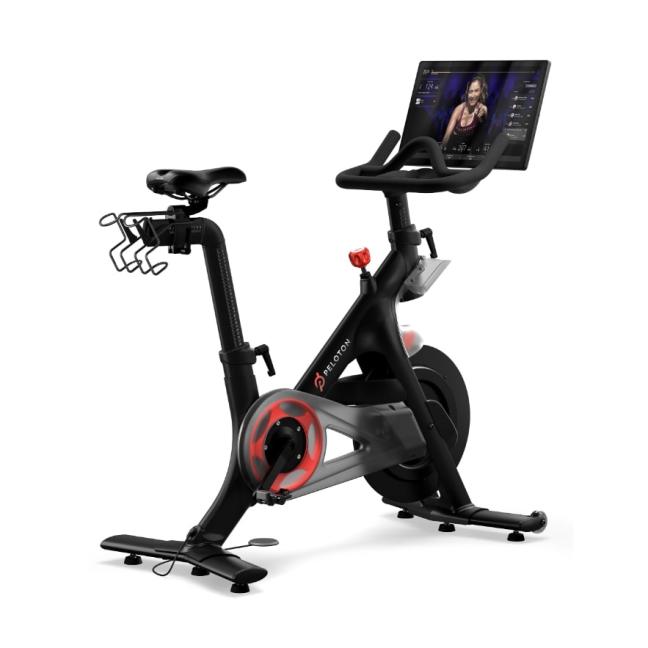 Kristin McGrath, shopping expert with RetailMeNot, says KitchenAid mixers are the products to watch. These are expensive, and Black Friday deals knock the price down to almost affordable for many shoppers. But last year, we saw deals on KitchenAid stand mixers sell out quickly, so hop to it. 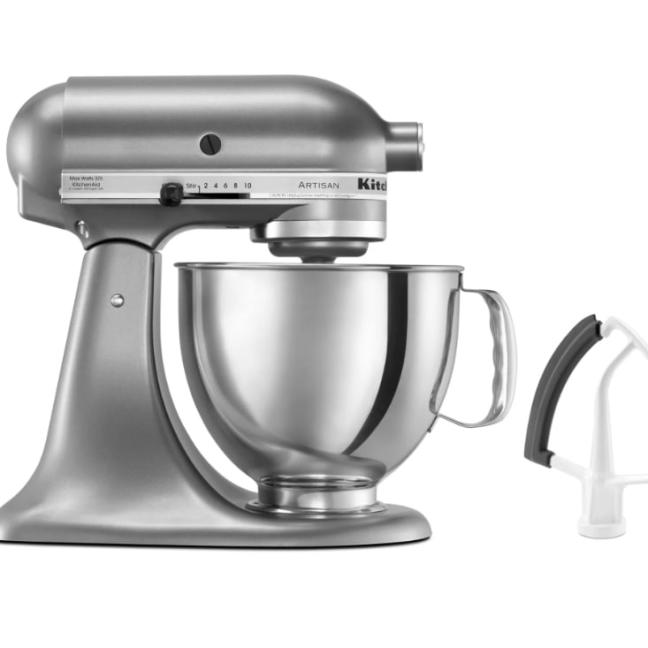 $345$480Save $135
This stand mixer offers 10 different speed settings, and three different attachments for whatever you’re mixing: a flat beater, a six-wire whisk and a dough hook. The tilt-back head gives you easy access to the bowl.
$345 at Bed Bath & Beyond 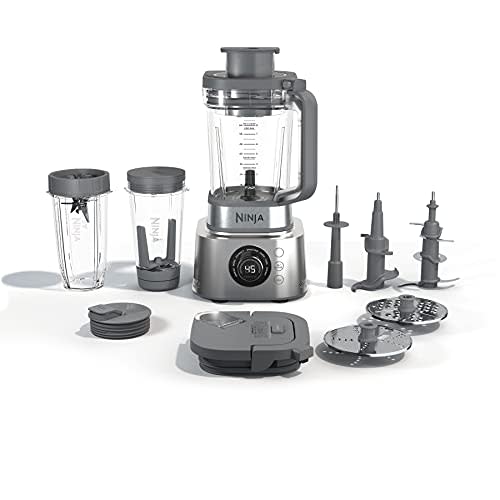 $240
You get so much with this handy ensemble, including a 72-ounce blending and food processing pitcher and extra large smoothie bowl maker.
$240 at Amazon 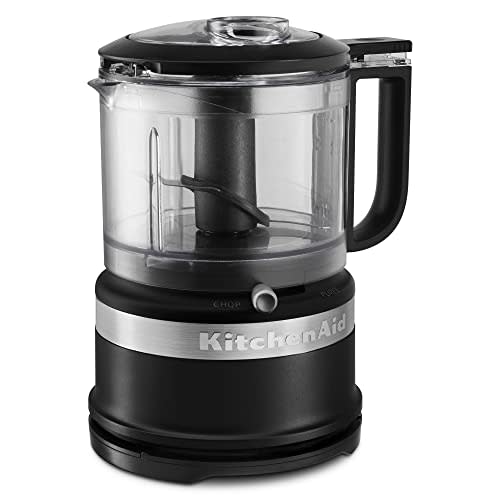 $66
This powerful food processor will look good under your tree. It features a 3.5-cup work bowl and two speeds to pulverize onions, garlic, veggies and more. It's also petite enough to store in your pantry without hogging space.
$66 at Amazon 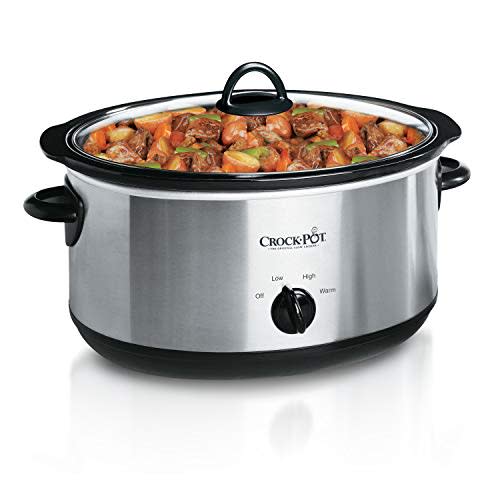 McGrath says to look to the major retailers and study their Black Friday ads so you can pounce on the TV you want before it’s gone. “Stock sells out quickly on the best-priced sets, and there are always a few headline-making deals that get a ton of hype and sell out in minutes,” she says. “Zero in on the 4K TV you want, have some backups and get ready to shop as soon as the Black Friday sale kicks off.” 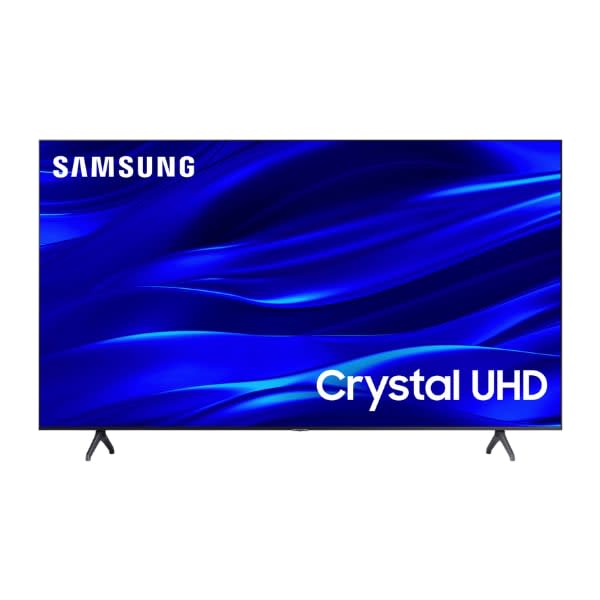 $580$850Save $270
Save a whopping $270 on this 75-inch Samsung TV. This smart set allows you to stream your favorite movies and shows and instantly transforms images to impressive 4K resolution.
$580 at Best Buy 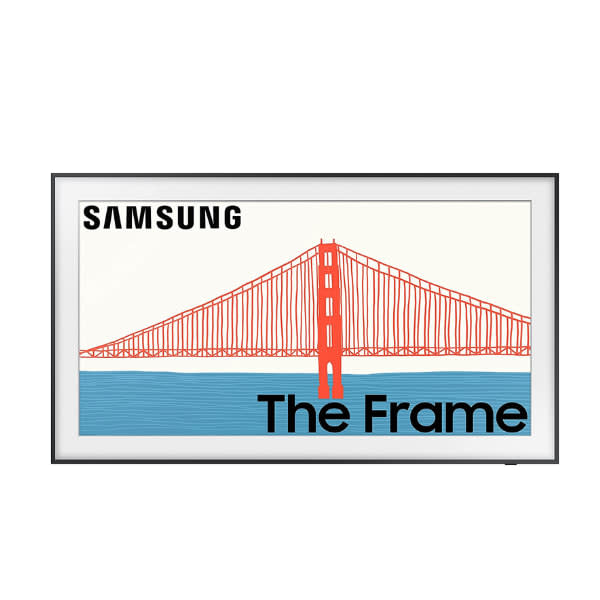 $750$820Save $70
Frame TVs, which magically look like pieces of art when you're not watching them, are notoriously pricey. But this renewed 4K model is on sale — and reviewers swear it's just like new. Snatch one up while supplies last.
$750 at Amazon

Look out for great deals on AirPods, especially AirPods Pro, which are “still immensely popular, and retailers like Walmart, Amazon, Target and Best Buy will likely offer the lowest price of the year," says McGrath. 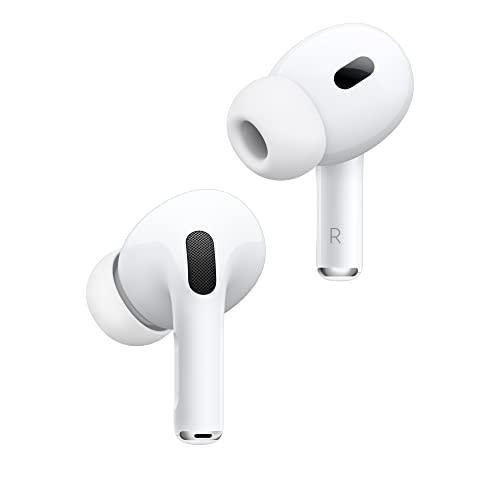 $200$249Save $49
AirPods Pro are Apple's noise-cancelling wireless earbuds, by all accounts one of the best products in their class. The new 2nd-generation version builds on that with a few incremental improvements.
$200 at Amazon 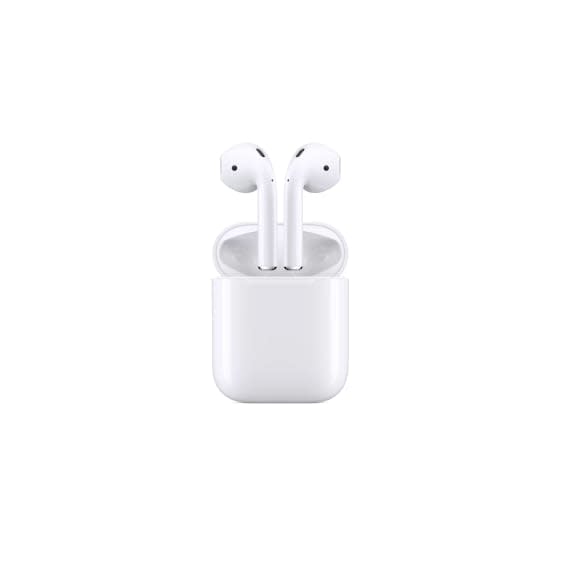 $79$100Save $21
These wireless earbuds are beloved for good reason. Along with providing crisp sound, they also automatically turn on and connect the instant you need them.
$79 at Walmart

McGrath recommends pouncing on a new Apple Watch Series 8 whenever it goes on sale...like now. 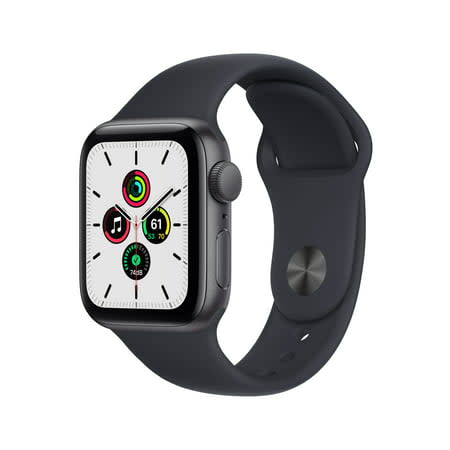 $199$279Save $80
This Apple Watch includes all of the essential features to keep you connected, active and healthy. Track your daily activity and flip through plenty of workouts — and save money in the process.
$199 at Walmart 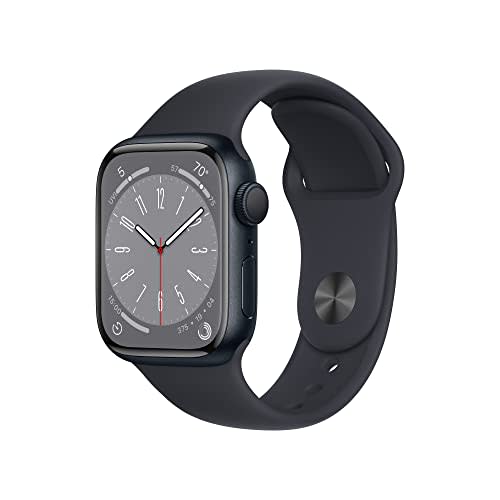 $379$399Save $20
This smartwatch is packed with features you didn't even know you needed, including crash and fall detection. It also has temperature-sensing capabilities, along with ECG and blood oxygen level sensors.
$379 at Amazon

Julie Ramhold, consumer analyst with DealNews.com, calls laptops “one of the quintessential Black Friday items." Ramhold says to “watch for prices to drop as low as $90 for simple computers like Chromebooks while laptops, in general, could be priced as low as $229 or see discounts up to $800 off.” She also predicts major retailers will offer the latest Android smartphones and iPhones bundled with gift cards worth hundreds, “which can be used on later purchases and boost the value of these deals.” 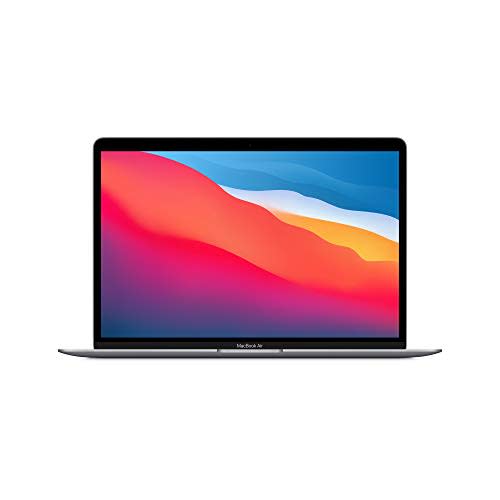 $799$999Save $200
This laptop features an Intel Core i3 Dual-Core chip built-in, 8GB of memory, 256GB of on-board storage and the latest version of MacOS Catalina. It’s also lightweight at just under three pounds.
$799 at Amazon 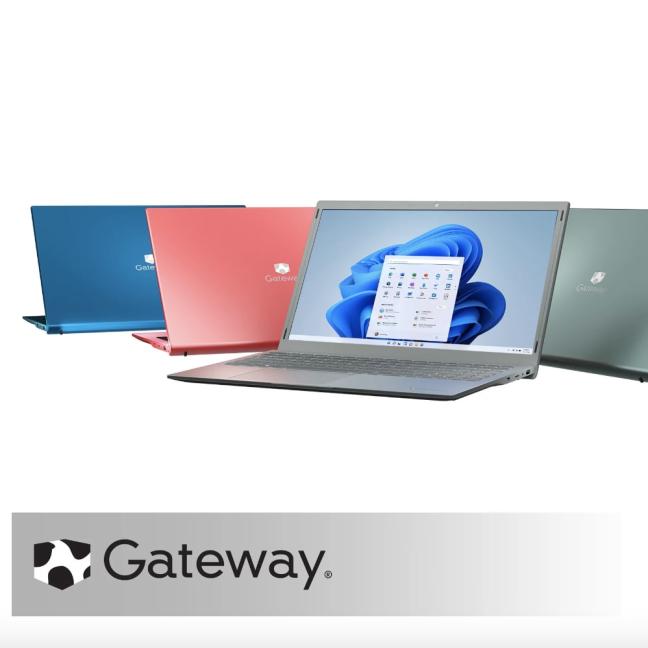 $139$169Save $30
Weighing in at just over four pounds, this ultra-slim laptop boasts an 8.5 hour battery life, stereo speakers and microphone to accompany the front-facing camera and deliver crisp video calls.
$139 at Walmart 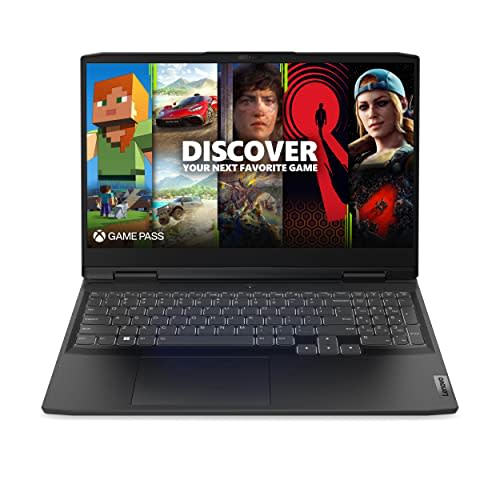 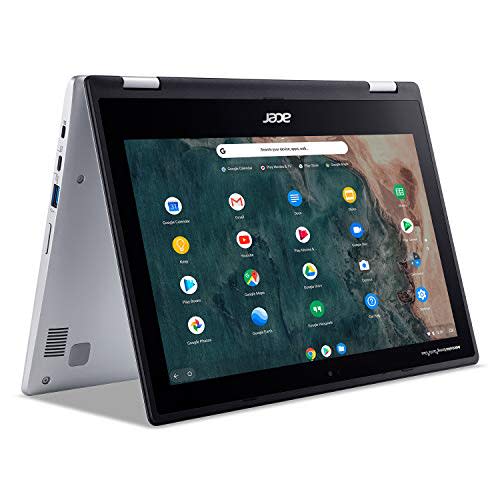 $158$290Save $132
Acer's Chromebook is far from your average laptop. It features a touchscreen to make navigating as easy as it is on your phone or tablet. A 64GB storage capacity allows you to add plenty to your device without slowing down.
$158 at Amazon 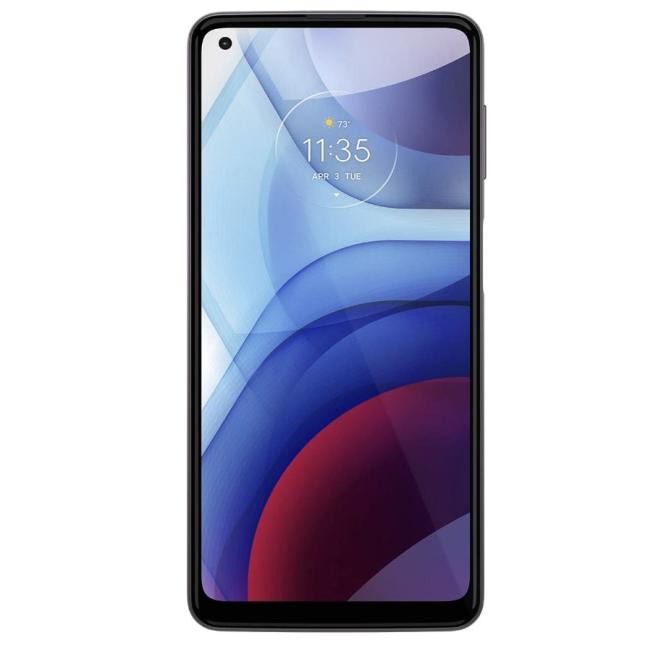 $130$250Save $120
This impressive phone can offer up to three days of battery life before needing a recharge. It also boasts a 6.5-inch display with crisp graphics and a triple-camera setup for next-level pictures.
$130 at Amazon

Expect camera deals on everything from Instaxes to DSLRs, says Ramhold. 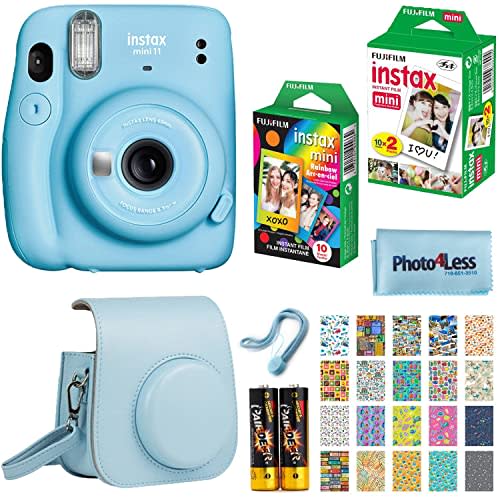 $120$150Save $30
This Instax camera bundle easily produces instant photos, thanks to the Mini 11 camera. It also features film, stickers, a carrying case and even batteries. All you need to do is unbox it and get to work.
$120 at Amazon

Historically, the best toy sales happen in December, says Ramhold, but “Black Friday toy deals should be pretty big.” She says to expect up to 85% off at major stores. 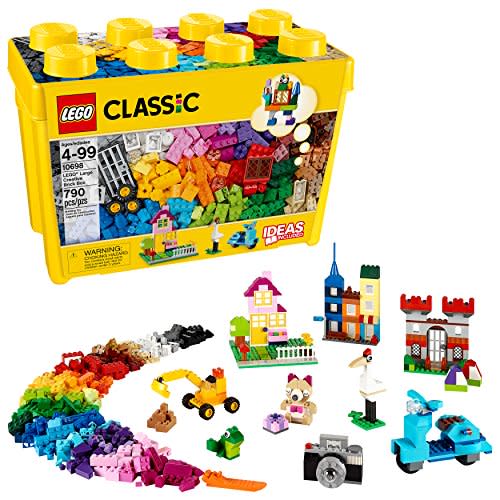 $43$60Save $17
Even seasoned builders will get a kick out of this behemoth of a box. It features a whopping 790 bricks, along with a huge Lego-shaped container to hold them all.
$43 at Amazon 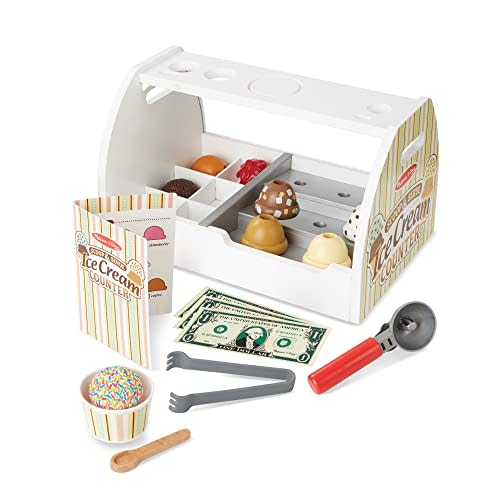 $30$65Save $35
Kids flip over this 28-piece wooden set, which feels like a real ice cream counter. They'll enjoy scooping up new creations, adding "toppings" and even counting with paper money. It all comes in a handy container.
$30 at Amazon 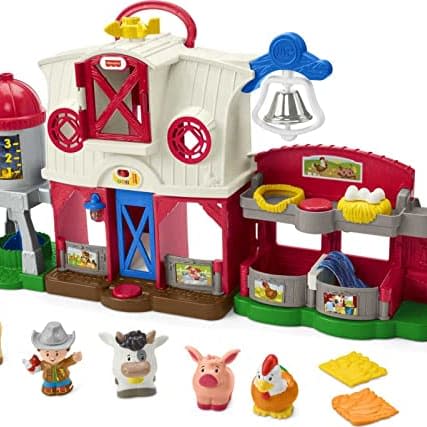 $35$43Save $8
This pretend play toy is a total classic. Your toddler will love the lights, sounds and learning content that grows with them (simply flip a switch as they get older). The kit comes with a farmer and four adorable animals.
$35 at Amazon

When is Black Friday?

Black Friday is on Friday, November 25. It's the day after Thanksgiving and is historically a great time to get next-level deals on a range of must-have items.

Does Black Friday have deals on everything?

Not everything is on sale for Black Friday, but a lot is. You'll see impressive discounts on items such as air fryers, TVs, vacuums, furniture, sneakers, clothes, electric toothbrushes, makeup and so much more. If there's an item you've been waiting to go on sale, it's most likely to be marked down during Black Friday season.

Does every store have sales?

Not every store has sales for Black Friday, but many do. That includes major retailers like Amazon, Walmart, Target, Kohl's, Best Buy, Lowe's, Home Depot and more.

Got all that? Great! Here’s a Black Friday breakdown by retailer.

Last year consumers spent nearly $9 billion on Black Friday, just slightly less than the year prior — proving that the economic volatility triggered by the pandemic most likely impacted spending habits. Experts say it’s unclear how inflation will affect Black Friday behavior this year, but they have their theories.

“According to our survey, 70% of shoppers are taking inflation into consideration this year,” confirms McGrath. That means people are not necessarily waiting for Black Friday itself to maximize savings, and instead “beginning their holiday shopping earlier than ever in an effort to spread out cash flow,” adds Gall.

To meet this demand, major retailers are already launching big ‘pre-sale’ events leading up to Black Friday. “Spreading out their shopping will help to prevent [consumers’] budgets from taking a hit all at once,” notes Ramhold. One possible caveat? “If starting prices are higher, then that means [potentially] higher deal prices when all is said and done.”

Are supply chain delays and excess inventory still a thing this year?

"Any supply chain issues we're seeing this year aren't at the same level as those in 2021, but that doesn't mean they're totally gone,” says Ramhold of the pandemic-related shortages and delivery delays we experienced last year. So, barring any worst-case scenarios, we should be fine in that regard,

“Retailers have had a year to plan to avoid the massive delivery delays we saw last year, so shopping Black Friday should leave plenty of time for stuff to arrive before the holidays,” notes McGrath. “But that's assuming no big surprises or snags. Retailers are still overstocked with pandemic-popular items, like small home goods, countertop appliances and casual clothing. So expect good deals in those categories.”