We may earn commission from links on this page, but we only recommend products we believe in. Pricing and availability are subject to change.
Westry Green
Updated 2 August 2022, 9:44 pm·2-min read

It used to be that buying a new TV meant a major dent in your wallet. Not anymore! There's no better time to save big — huge, actually — on a smart TV than right now, during Amazon's extended Prime Day sale.

The mega-retailer just dropped a jaw-dropping deal on the top-rated Insignia 50-inch 4k UHD Smart Fire TV. It's down to $240, from $400. That's an amazing 60% off. But you need to act fast to set yourself up for some intimate binge-watching on the cheap — this impressive deal won't stay around forever. 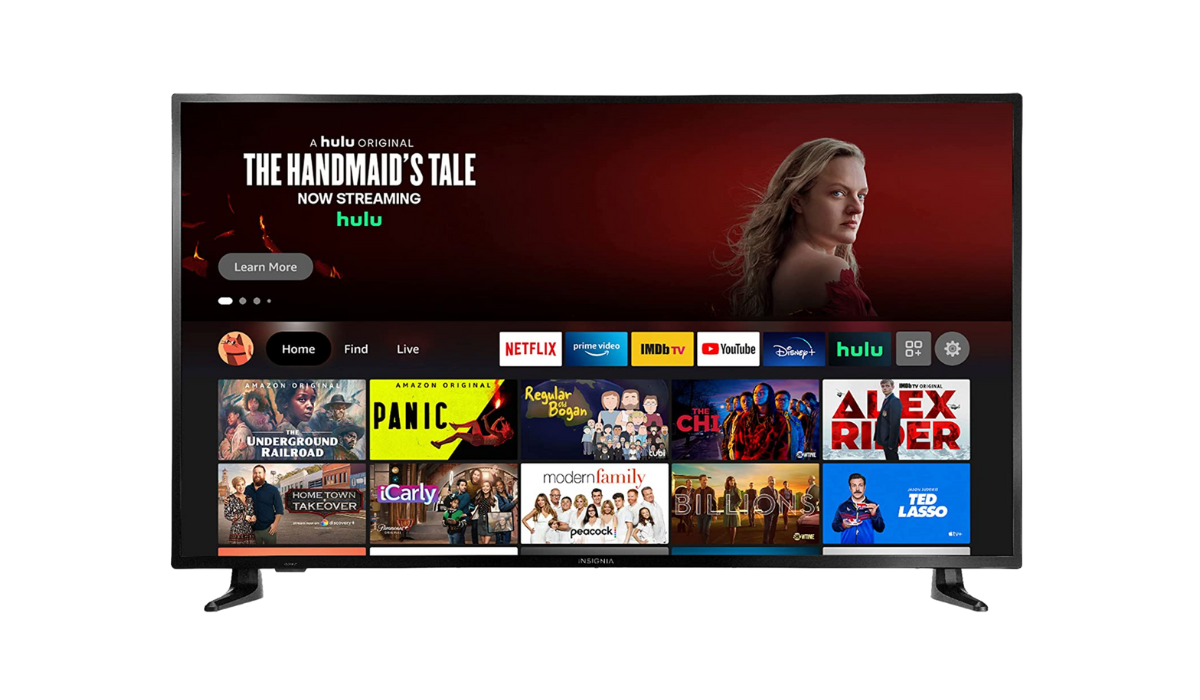 This ultra-high def television has four 4 times the resolution of a full HD one, which means an amazing, crisp picture. Plus, you can operate it with just your voice thanks to Alexa and the included voice remote.

Picture and sound that punches above its weight

Even though the price is low, the 'wow' factor is high — the Insignia has a picture as crisp and colors as vivid as models well above its price point. The audio, too, is top-notch.

"The picture quality is amazing, especially when you factor in the price," says one reviewer. "I could not recommend this TV enough... I've had this TV for over a year. And I still think it's awesome. Because it is."

Another satisfied customer says: "I bought for the sound. My granddaughter has this tv... One day I heard the sound quality of the music she was playing and made up my mind right then that my next tv would be Insignia."

If it's out there, you can watch it

As a Fire TV Edition, this model lets you stream 4K movies and TV shows from Netflix, Hulu, HBO Max, YouTube, Disney+, Prime Video, SlingTV, Paramount+, Peacock and more without a separate streaming box or stick. And we love that Alexa is included in the remote. So if you’re not a fan of endlessly scrolling through a grid of titles (and who is?), you can just say, 'Alexa, play 'The Flight Attendant,' and voilà.

With its built-in Wi-Fi, the Insignia 50-inch 4K UHD Smart Fire TV lets you break free from cable. You won’t experience lag or latency while streaming HD movies and TV shows either.

"What an amazing TV," says a five-star reviewer. "I absolutely love it... I got rid of the cable FOREVER. I am a total streamer now."

Our goal is to create a safe and engaging place for users to connect over interests and passions. In order to improve our community experience, we are temporarily suspending article commenting